Good Morning everyone. Michele and I are so grateful to be a part of this series, Bad Alpha Dads. We thought long and hard about what we would be doing for the series and to be honest, we went with what we know so well, and I have to believe it's because it's comfortable for us.

Here is your first sneak peek at Midnight a Psychic Retrieval Agency book.

In the last three years, I learned just how depraved people could be to one another. On my first case with my new friends Mane and Crow, we found a little girl chained to a post in the middle of a room. The only thing she wore had been a three-inch thick black leather collar. She had a small waste bucket in the corner, I doubted the chain reached, and a teddy bear. She stunk to high heaven and on top of everything else, she was half feral. The little she-kitten had been taken from her pride in South America and brought to the states to experiment on. 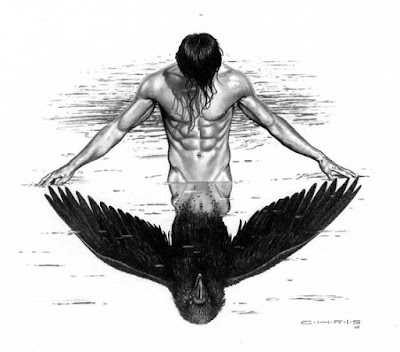 The kitten had telepathic abilities and the Psychic Bounty Hunters wanted her. Twenty-five years ago, the PBH had been shut down after a rogue handler and his agent/lover left a trail of destruction in their wake. They killed a senator's son, chased two women to Window Rock and created twins with a shifter to try and make a super race of beings. The two women who showed up in Window Rock were the mates to Kalkin and Caden Raferty and ran the orphanage where Mane, Crow, and myself brought the children we rescued. The twins were also mated now. Both had children of their own and worked within the community of Window Rock. Their shifter father was also a member of the sheriff's department.


Like I told my mom the last time I talked to her, I’d never find a more rewarding job than working for the Psychic Retrieval Agency—PRA for short. Not only did I free kids from a life of torture and sadness, I got to watch them change and come out of their self-imposed hells. Of the forty-five children we’d saved so far, fifteen of them were placed with families within the community and the others were either waiting on a judge to emancipate them, or Maria, one of the intake workers for the orphanage, tried to track down all known next of kin for the kids so they could be reunited with their biological families.

Check out these other great WIP for B.A.D:

Leaving the Past Behind